Historic Landmark...celebrating 175 years of service since 1848

Moving from Church to Ministry - "...for the people worked with all their heart." - Nehemiah 4:6

Rev. Hodges accepted his call into the ministry under the Leadership of Rev. William R. Porter in
1982.He served faithfully at Hemingway Memorial A.M.E Church as youth minister. He taught
Sunday school and was instrumental in developing the youth. E.g. taking trips, coaching and
conducting leadership training. He was ordained an itinerant elder in 1988 and remained
faithful to Hemingway until he was appointed as Pastor of Faith A.M.E Church in Laurel,
Maryland in 1988. There the journey began as Pastor of a mission church in a school to a full-
fledged church.

With an educational background in finance, Rev Hodges decided to give up a lucrative career as
Director of Finance for a large non-profit organization to pursue full time ministry.
In the spring of 1992, Faith purchased a synagogue and soon became one of the fastest
growing congregations of the Northeast regions in the A.M.E Church. It grew from a 10
member church to well over 700 members. During his tenure at Faith, they fed the homeless,
attended to the needs of the homeless through Elizabeth House and started a hospital ministry
at Laurel Hospital. He was a founding member of Concerned citizens of Laurel and served on
the Beltsville Md. Police Department advisory Board.

Then in 2004 He was appointed to Allen A.M.E Church in Baltimore Md. There he was beloved
by the congregation. He continued to develop the Church and youth. He served on the advisory
board of Excel Academy School in Baltimore, Md.

With the blessings of Bishop James Davis, Rev Hodges was appointed to St. Paul A.M.E Church
in Raleigh NC in September 2017. Here he is hopeful of continuing the vision of developing
disciplined disciples. He also serves as the accountant for the Second Episcopal District.
Rev. Hodges is married to Delores Haslerig Hodges and the proud parents of three adult sons,
Darryl, William and Robert Jr. and the grandfather of 13 and 2 great grandchildren..
Rev. Hodges has a pastor’s heart and believes “all things work for good for those who love the
Lord and are called according to his purpose”. He has been called and continues to work God’s
purpose here on earth.

Back to top of page 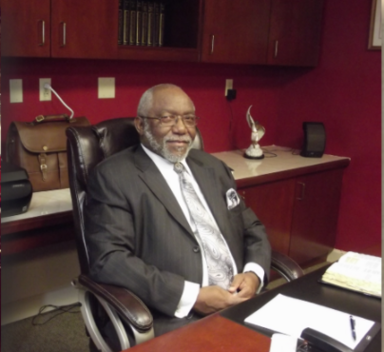 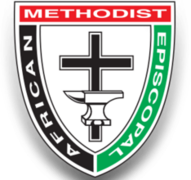